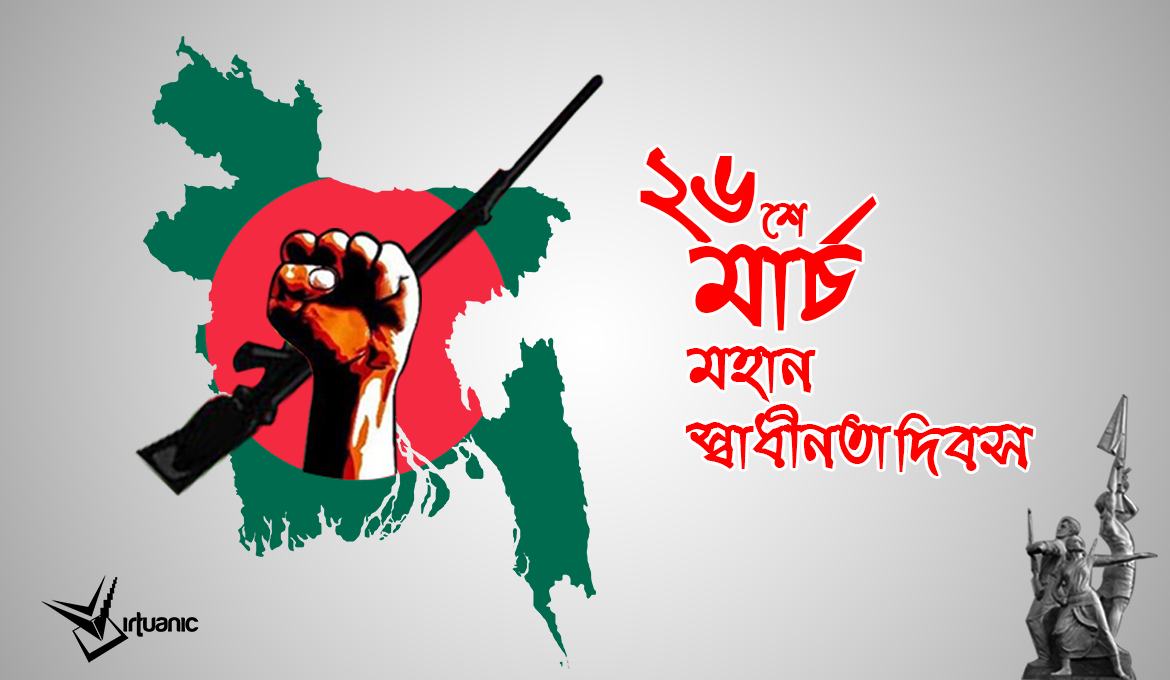 The 26th of March is a red letter day in the history of our country. We observe as our Independence Day. On the night of 25th March 1971, Pakistani Army brutally committed genocide on unarmed civilian Bengalis in the name of “Operation Searchlight”. On 26 March 1971, Bangabandhu Sheikh Mujibur Rahman, the father of our nation declared the independence of Bangladesh. And the guerilla struggle officially began. The day commemorates a memorial to the deaths of millions of civilians and valiant freedom fighters who died in the Bangladesh Liberation War.

On Independence Day is commonly arranged with parades, political speeches, fairs, concerts, ceremonies and various other public and private events celebrating the history and traditions of Bangladesh. Every TV channel in Bangladesh broadcast special programs and patriotic songs in honor of the Independence Day. The President and Prime Minister of Bangladesh, different political parties and socioeconomic organizations undertake programs to mark the day in a befitting manner, including paying respects at Jatiyo Smriti Soudho, the national memorial, at Savar near Dhaka.

Virtuanic respects for those martyrs who died in the Bangladesh Liberation War. We pledge our love and toil to our beloved motherland.

Added to wishlistRemoved from wishlist 0

Added to wishlistRemoved from wishlist 1

Some Entrepreneur Quotes To Motivate Your Success

Added to wishlistRemoved from wishlist 0

We will be happy to hear your thoughts